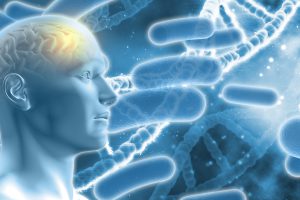 In honor of National Alzheimer’s Month, enjoy this repost from 3/3/2017.

A 2016 study published in PloS One1 examined the impact of periodontitis on the rate of cognitive decline in individuals with Alzheimer’s disease (AD). Sixty community dwelling patients with mild to moderate AD were cognitively assessed and blood samples were taken for detection and quantification of systemic inflammatory markers. Initial clinical assessments of periodontal health were conducted and the same assessments were repeated six months later. The study data revealed that periodontitis is associated with an increased rate of cognitive decline in individuals with AD, which may be mediated by the impact of periodontitis on systemic inflammation.

The current study has encouraging results but the small number of subjects must be borne in mind. Additional studies need to be conducted to determine if these results are reproducible. Furthermore, the decreased ability of individuals with AD to perform proper home care needs to be considered as well. As is the case with every oral systemic association, a large body of research with consistent results needs to be completed before modifications to patient care can be recommended. This study did not find a significant relationship between antibody levels to P. gingivalis and rates of cognitive decline. However a relationship was demonstrated between periodontitis and cognitive decline. Salivary testing to determine the etiology of the patient’s case of periodontitis should be undertaken to enhance treatment planning and increase the potential of a favorable treatment outcome.