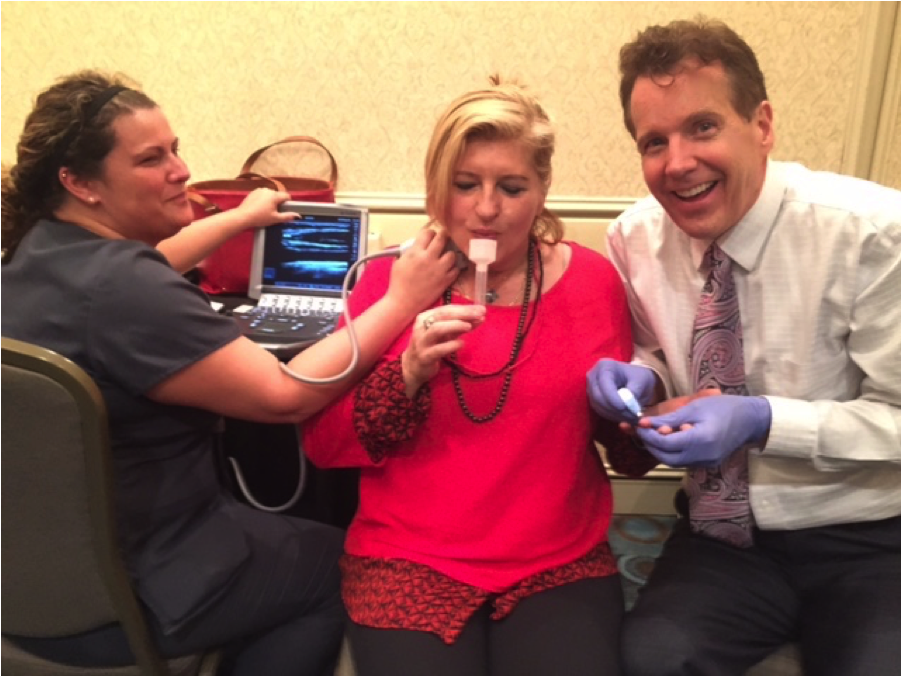 Sometimes I get so frustrated with the profession of dentistry. Here is my case in point: Five oral originating pathogens have been identified as causative in the development of atherosclerosis by the BaleDoneen™ peer reviewed study published in the British Medical Journal. Wait a minute, so they concluded that these oral bacteria are causative of atherosclerosis? Seriously? Yes!! And in the last one hundred years, atherosclerosis has killed more Americans than any other disease. Atherosclerosis leads to cardiovascular related medical episodes such as heart attacks and strokes and they can lead to DEATH. Okay, I said it, the “D” word! Did you ever think certain periodontal disease bacteria, that most of the dental profession isn’t even looking for, would be causative of the most common disease killing people? Somebody please call Time Magazine and 60 Minutes!! If organized dentistry won’t sound this alarm, someone has to! I swear that if I didn’t surround myself with the progressive health professionals in the American Academy for Oral Systemic Health (AAOSH), who completely understand this, I’m afraid I would lose my mind.

I have had the unique opportunity to perform hundreds of OralDNA® Labs’ MyPerioPath® saliva pathogen tests, and systemic inflammation blood tests over the years. The results I have discovered make an even stronger case for the BaleDoneen™ study! Last year alone I noted that nearly all of those who had at least one high-risk periodontal pathogen at a high level (+80% of threshold) also screened for moderate to high risk for the likelihood of a cardiovascular (CV) event (heart attack or stroke). For those who screened at a high risk for a CV event (CRP at 3.0 or higher) it was noted that 83% of that group had a high level of high risk Fusobacterium Nucleatum (Fn) . It should also be noted that every single person whose screening showed extremely high systemic inflammation (CRP 10+) also had high levels of Fn! This is all consistent with the BaleDoneen™ study, and proves to me that high levels of these high risk periodontal pathogens are causing a firestorm of circulatory inflammation, contributing to people dying too soon from heart attacks and strokes!

When the dental profession has this incredible opportunity to discover early risk for heart attack and stroke, should we just pretend like it’s not really real? It feels like that’s what the ADA would like our profession to do. As evidence I give you the recent JADA guest editorial “Promoting oral health care because of its possible effect on systemic disease is premature and may be misleading”. This quote, pulled directly from that piece, is supposedly their best argument: “Why is it not enough to just help people maintain good oral health and keep their teeth?”

Seriously? Okay I’ll tell you why! Because these deadly oral bacteria find their way into our bloodstream and cause harm to our arteries! The most common form of chronic inflammation (periodontal disease) contributes to our body’s inflammatory burden. This is evidenced by the C Reactive protein test which screens for risk of cardiovascular events like heart attack and stroke. Is there a future heart attack lurking in our saliva? The detection of early risk, like the presence of high-risk periodontal pathogens, can help prevent a serious cardiovascular health event from happening. End of story!

Dr. Chris Kammer is the founding father of the American Academy for Oral Systemic Health and they will be having their next scientific session November 8-10 at the Red Rock Resort in Las Vegas.  Click here to read the AAOSH response to JADA guest editorial.

Chris S Kammer DDS
For more than 20 years, Dr. Chris Kammer has been at the forefront of emerging technologies and approaches in dentistry, and has become America’s most active advocate for the “oral systemic” approach of disease prevention. A founding member of the American Academy of Cosmetic Dentistry, Dr. Kammer has spent his career introducing and implementing technologies that have revolutionized dental treatment – changing lives, improving systemic health, and creating beautiful smiles. His work with the oral systemic approach, a recent movement in medicine and dentistry that improves general health by optimizing oral health, has helped many of his patients gain increased resistance to chronic disease, including heart disease, stroke, diabetes, some types of cancer, and Alzheimer’s, as well as pre-term birth, and obesity. His work in cosmetic dentistry has helped to change dental protocol in America and abroad.
Dr. Kammer was one of the first clinicians in America to develop a protocol for disease prevention with the oral systemic approach, using his comprehensive “Gums of Steel” program. He was an early practitioner of laser dentistry, and has lectured on it since 2003. He also regularly gives dental implant lectures that include live patient surgeries that he performs. His implant and immediate crown technique is the most popular dental presentation on YouTube. He was one of America’s first dentists to offer sedation dentistry, ozone decay reversal, air abrasion, “invisible” braces, single-session teeth whitening, and accelerated orthodontics, which straightens teeth in a few months, rather than years. He has investigated the link between oral health and systemic health, jaw dysfunction and migraine headaches, and chronic snoring and sleep apnea.
Latest posts by Chris S Kammer DDS (see all)